Thomas J. Sargent and Christopher A. Sims Win the Nobel Prize for Economics

Rational Expectations and the Ability to Distinguish Cause and Effect Empirically 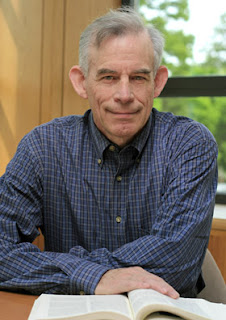 Macroeconomics has long been the theology of economics.  Sargent and Sims tried to take the common sense reality that it is what people expect in the future, not what we currently observe, that drives their decisions.  They developed a type of econometrics (the statistical modeling of economic reality) that would deal with expectations.  In the process they transformed macroeconomics, generally for the better.  This morning the Nobel Prize committee announced they won the Nobel Prize in Economics. 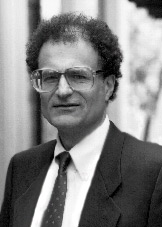 One drawback of their revolution is that empirical and theoretical models became farther removed from what we can picture in our imagination.  The great oversimplification of the financial sector that Keynes introduced and Hicks the Younger systematized became more imbedded in economists mindset.  We need a revitalization of economists' imaginations to refertilize their mental pictures of the world.

The Scandinavians award their econ prize to a couple of Keynesian mainstream economists. Ho-hum. This provides another opportunity to point out that the Nobel has also gone to well known figures like Yasir Arafat, Al Gore, and never to be overlooked Barack Hussein Obama.

Consider the Wall Street Journal, hardly a hotbed of Keynesianism. It rushed to publish David Henderson's commentary, "A Nobel for Non-Keynesians."

Sargent's work led the rational expectations revolution which explains why the recent Keynesian policies are not working.

The Journal called Sims "an active proponent of the 'fiscal theory of the price level,' which suggests that consumer prices aren't merely determined by the money supply... A persistent government budget deficit can cause run-ups in the price level because of the inflationary measures that governments are tempted to take to finance their liabilities."

As for the Nobel electors, the Journal sees it quite differently from you, Westie, "With this year's picks, the Royal Swedish Academy of Sciences upholds its reputation of being less cloistered and distant from reality than some of the other Nobel selectors. It may well be a sign of the times that the Academy selected two economists so at odds with the recent Keynesian vogue."