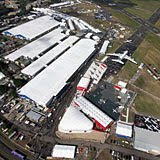 The national recovery is starting to come to us. Wichita's unemployment rate was 8.0 percent June, down from 9.0 percent in June, 2009. Dan Voorhis reported in this morning's Eagle.   "'Given that it's for June, that's a positive sign for Wichita,'" quoting Mammon Among Friends' own Malcolm Harris, Professor of Finance at Friends University.

Note the data is not seasonally adjusted. The national unemployment rate, which is, fell to 9.5 percent (from 9.7 percent.) The national rate fell as fewer folks were in the June labor force. That was in part because of the seasonal adjustment and in part because those census workers who took the work for a few extra dollars but were not looking for permanent work left the labor force. He also quoted "Jeremy Hill, director of the center for Economic Development and Business Research at Wichita State University, [who] said the bulk of the new jobs has come in the medical sector and professional and business services."

As I told Dan Voorhis, "We're 12 months into a national recovery and some of that is spilling into the local economy." One big area of improvement is the aircraft industry.  New aircraft orders are up for the five months through May according to Commerce Department data.   Although well below the boom years of 2007 and 2008, there is a distinct recovery showing up.  Both Boeing and Airbus have been conservative in their production planning.  Boeing is now slowly stepping up its 737 production, a sign it is growing confident.  Increased production also protects Boeing from potential cannibalization of the 737 market by its and Airbus's new planes.   Spirit Aerospace largely avoided layoffs by using a shortened workweek during the worst of it.  By thus spreading the work around, it conserved its younger workers who are the manufacturer's future.

Which brings us to Farnborough:

The Farnborough International Airshow is this week: 19-25 July 2010. The biennial show was last held at the peak of the boom in aircraft orders.  The 2008 show (pictured on the right) set a record of US$88.7 billion worth of orders announced during the show.  Note planes are priced in dollars not Euros.

Boeing's Dreamliner made a splash. The 787 flew into Farnborough Monday and returned home yesterday.  Gulliver, the Economist's Business Travel commentator blogged, "The Dreamliner is much more than just another incremental upgrade to Boeing’s fleet: its revolutionary lightweight carbon-composite wings and fuselage mean much-improved fuel efficiency (20% better than comparable planes made from aluminium, according to Boeing). This could well persuade airlines to open some direct routes around the globe that they previously deemed uneconomic."


There is life among the aircraft lessors. Halleluja!

I knew the aircraft industry was in trouble when I learned AIG was Boeing's and Airbus's biggest customer.   AIG required a federal bailout, CIT entered bankruptcy and GE Financial was in trouble (the piggy bank that Jack Walsh built was broken.)  Lessors' share of aircraft orders dropped from 40 percent to 2 percent.

The Financial Times' Pilita Clark reported that "Steven Udvar-Hazy made a notable re-entry into the field.  He is one of the biggest names in aircraft financing who founded and ran ILFC, AIG’s aircraft leasing arm, until his departure earlier this year. He announced a $4bn order for 51 Airbus A320 family aircraft for his new leasing company, Air Lease Corporation."

"That news was swiftly followed by Boeing’s announcement that GE Capital Aviation Services, the aircraft leasing arm of General Electric, was ordering 40 of its best-selling 737 jets valued at around $3bn, according to the manufacturer’s published prices."

The A320s and the 737s are the workhorses of much of commercial aviation and seem to be commodity most easily leased.  Udvar-Hazy largely created the air leasing business with International Lease Finance Corporation (ILFC), now owned by AIG.  When AIG lost its AAA bond rating, ILFC got shut out of the commercial paper market and was hard pressed to buy new planes.  Udvar-Hazy's solution?  He left ILFC and started a new company and now he has ordered 40 Boeing 737-800s.  That should be good news for Spirit Aerospace here in Wichita which makes fuselages for 737s.


Is the market developing according to Boeing's view of the world or Airbus's?

The first step to understanding an industry and a company's business model is asking who the customers are. On the commercial side, Airbus and Boeing (and Bombardier and Embraer) sell to commercial airlines and air freight companies. The customers' business models will drive the demand for their planes. As the busiest airports get more and more congested, the airlines will either have to fly bigger planes with more seats into those hubs or fly longer point-to-point routes to relieve pressure on the hubs. Airbus in the A380 bet on the former, while Boeing in the 787 bet on the latter.

Pilita Clark reported from Farnborough Monday that "Emirates, the Dubai-based airline, on Monday announced a $9bn order for 30 Boeing 777 passenger jets, making it the biggest deal so far at the show."

This follows the the Berlin airshow where she reported on June 8th that "the Dubai-based airline, placed one of the largest civil aircraft orders in history on Tuesday when it said it would buy 32 A380 superjumbo passenger jets from Airbus in a deal worth $11.5bn."  That Airbus claimed was the biggest commercial aircraft order by dollar value ever.

At the time the FT's Clark further reported, "Emirates already had 58 A380s on order, with Tuesday’s announcement taking that number to 90, firmly cementing its position as the largest operator of the superjumbo.


"The deal is a big boost for Airbus, which now has 234 orders from 17 buyers. The programme is far from making a profit, however, after it was affected by numerous delays and cost overruns.
In addition to its A380 orders, Emirates has 70 Airbus 350s, 18 Boeing 777-300s and seven Boeing air freighters on order, totalling 143 wide-body aircraft worth more than $48bn.

While the luxury airlines can offer has been much commented on in the press, Airbus is stressing that the A380 is a money maker for airlines:  "The big news for operators is that the A380 is earning hard dollars at the same time. Introducing this next-generation jetliner is saving customers millions in operating costs annually while creating thousands of extra seats on long-haul routes. With the lowest cost per seat and the lowest emissions per passenger of any large aircraft, the A380 provides a competitive edge."


Molly McMillan reports in Air Capitol Insider, Hawker Beechcraft has found some business and Bombardier brags "it has captured 50 percent of net orders in the 100- to 149-seat marekt segment over the past two years. The program is on schedule for entry into service in 2013."

In a video report, Richard Milne reports from the Farnborough Airshow on the rise of emerging market manufacturers and the challenge posed to Airbus and Boeing from the Bombardier C-Series.  (3m 5sec)

Separately,Molly McMillan reported in the Eagle, that "Hawker Beechcraft is looking at states that might be suitable for developing facilities to build parts for the company and has narrowed the field to two — Mississippi and Louisiana" according to its CEO, Bill Boistur. Molly McMillin reports that he said, "'The market for our products has decreased dramatically over the last 18 months...Our view is that this is not a momentary decrease, and we believe strongly it's necessary to adjust the cost structure of the company to be able to be profitable in a small market.'"