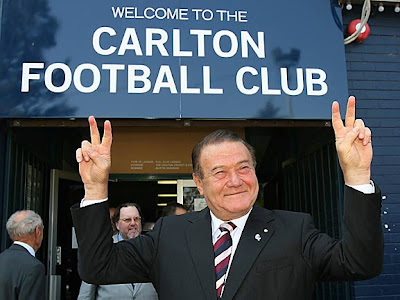 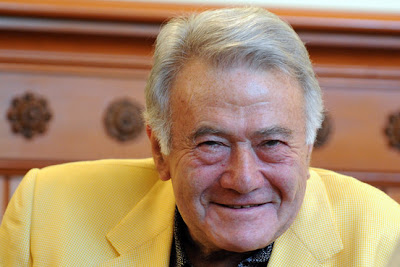 Australia in 1940-41 had its back to the wall. A country of maybe six million people spread out over an area almost as big as the lower 48 U.S. states, it faced imminent invasion from Japan. Documents released in the last twenty years indicate the government had concluded the defense of the continent was hopeless: it planned to concede 60% of the country and fall back on guerrilla war for the rest.

One lesson learned was that it needed a bigger population if it were to defend itself and preserve its culture. In the decades after the war, it encouraged immigration from Europe. One of these "New Australians" who did very well for himself, thank you very much, was Richard Pratt. The Wall Street Journal tells us, "Mr. Pratt was born Ryszard Precicki in Gdansk in 1934." Mr. Pratt built an enormous empire in the cardboard business (Visy Industries.) As former Primme Minister John Howard eulogized, "He combined all the positive elements that migrants successfully gave so much to our country.

"He became in many ways the example of things regarded as Australian - sport, success, family and commitment. "


Mr. Howard was not the only big wig to attend Pratt's funeral. Whoever was anybody in Victoria seemed to be there. You can read an account of his funeral in the Telegraph.

His fortune was estimated at 2.3 billion Aussie dollars. You can find a gallery of pictures on the Telegraph's site.

The Aussie media, ever ready for a bit of sensationalism, also made a big deal of his lady friend, a Shari-Lea Hitchcock.


On November 30th, 2005, Pratt Industries of Conyers, Georgia announced it had bought the Love Box Company here in Wichita. The Wichita Business Journal reported that Pratt Industries is controlled by Visy.
Posted by Dr. Malcolm C. Harris, Sr. at 8:41 AM

Email ThisBlogThis!Share to TwitterShare to FacebookShare to Pinterest
Labels: Wichita