Did the Fiscal Stimulus Cause a Net Loss of Jobs?

Ohio State University economists Tim Conley and Bill Dupor have done a study of the impact of the fiscal stimulus embodied in "The American Recovery and Reinvestment Act." They concluded that the Act created or saved 450,000 state and local government jobs but destroyed or forestalled a million private sector jobs. Investors' Business Daily editorialized "That's a net loss of half a million jobs."

Scott Davis, UPS, and the Economy

May 21 2011 Scott Davis, the chief executive of United Parcel Service, tells the FT’s Gillian Tett that US growth numbers are disappointing. Mr Davis points to exports as a bright spot but says that there needs to be more forward movement on bilateral free trade agreements.

Click through this link to see the UPS Chief talk to the Financial Times it takes 8m 36sec:

No Wonder We Have a Trade Deficit: Did You Know You Need Permission to Export Natural Gas?

As the U.S. Balance of Payments Drives Us Deeper Into the Hole

The U.S. is running a current account deficit of almost a half trillion dollars (c. $450 billion.)  China has accumulated some $2 trillion of dollar denominated foreign exchange reserves in its $3+ trillion hoard.  The U.S. Treasury is in hock to China for over $1.1 trillion.  Our energy trade deficit was approximately $850 billion in 2010.  That means that other than energy, our current account had a surplus of some $400 billion.

Getting our international accounts into surplus and preserving the reserve currency status of the dollar should be a priority.  The President has called for doubling our exports in five years.  It is not clear what might make that happen, but exporting something the U.S. has in surplus should be good news.  Or so you would think.

Gregory Meyer writes in the Financial Times, "The US approved the first exports of large quantities of natural gas through the Gulf of Mexico," specifically, the Department of Energy granted a license for Houston's Cheniere  Energy to "refit a gas import terminal to condense and ship up to 2.2bn cubic feet a day" of liquified natural gas (LNG.)  According to the DOE, "In August 2010, [Cheniere's] Sabine Pass Liquefaction, LLC filed a two-part application requesting authority to export up to 803 billion cubic feet per year of domestically produced natural gas as LNG for a period of 20 years. On September 10, 2010, the Department approved these exports to 15 countries with which the U.S. already has a Free Trade Agreement covering natural gas. Today the Department is extending this authorization to include all other countries except those that lack the ability to receive imports or those with which trade is prohibited by U.S. law or policy."


Please note: Cheniere had to ask permission to help right our balance of payments!
Apparently we have rules that prohibit exporting natural gas.  Getting a "Get Out of Jail Free" card also allows others to lobby against the license.  In this case a group called the Industrial Energy Consumers of America lobbied against Cheniere.  No wonder the dollar is on the ropes!

Are these rules some fossilized leftovers from the 1970s?  ("A sober economic historian would judge the years 1973 to 1982 as the worst decade in the last sixty years." See also "When Will They Ever Learn?") In that horrible decade, we had widespread natural gas shortages caused by government price controls.  A tangled web of administrative rules, laws, and policies tried to contain the damage done by price controls.


Some background:
Pioneers like Michell Energy developed some tricky technology that has allowed Americans to tap huge new reserves of natural gas.  These reserves are trapped in deep shale formations that require very unconventional drilling techniques to capture the gas.  These reserves ("shale gas" for short) have been the focus of a drilling boom in the U.S. and have created an enormous glut of natural gas.

This is the one great "good news" news story in recent years for the U.S. economy. Natural gas prices are fluctuating near $4 per mmBtu. Henry Hub Natural Gas settled at $4.32 today.  This is close to a third of its 2008 peak.  By way of comparison, the energy equivalent price of oil would be about $16 per mmBtu.  This means Americans are getting a great bargain. 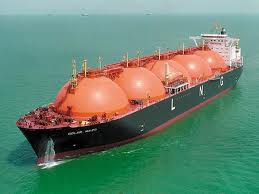 Internationally, prices are much higher.  Britons pay over twice our price for natural gas and in Asia the price is more like four times as much.  In much of the world, natural gas contracts are tied to the price of oil.  Why are these price differences not arbitraged away?  It is not easy to get natural gas from one place to another.  The U.S. has facilities for re-gasifying imported liquified natural gas (LNG).  These facilities were built in the 1970s: remember those artificial shortages?  Our facilities are limited for liquifying natural gas for export.  Hence this project and similar ones.  How many are going to rush to invest in such facilities if they will wait for eight months may to be told, "No you can't!"
Posted by Dr. Malcolm C. Harris, Sr. at 3:00 PM No comments:

It was a bit of a shock to read James Politi writing in the Financial Times that the, "World Bank sees end to dollar’s hegemony."  The shock was not that the dollar will lose its status as the sole reserve currency in the long run, but that the source of the forecast was the World Bank.  The lead author of the report of the World Bank report was Mansoor Dailam.  He sees a "multi-currency system" with the euro, the renminbi, and the dollar playing roles.  Dr. Dailam argued the "shift will be driven by the increasing power and strength of emerging market economies, with six countries – Brazil, China, India, Indonesia, Russia and South Korea – accounting for more than half of global growth in 14 years."  From now to 2025, the World Bank pegs emerging economies as growing 4.7% and the developed economies barely hitting a 2.3% growth rate.

The FT quotes the report as saying, “The current predominance of the US dollar would end sometime before 2025 and would be replaced by a monetary system in which the dollar, the euro and the renminbi would each serve as full-fledged international currencies.”
Posted by Dr. Malcolm C. Harris, Sr. at 9:37 PM No comments: