Andy Laperriere argues that we see in the subprime mortgage market debacle the bursting of the housing bubble. But it is just the begginning. He asks "[w]hat role did the Fed's loose monetary policy from 2002-2004 play in fueling the housing bubble? Should the Federal Reserve reexamine its policy of ignoring asset bubbles?"

He goes on to say, "Stock markets world-wide have sold off the past few weeks over concerns the collapse of the subprime mortgage industry could prolong and deepen the housing slump and threaten the health of the U.S. economy. Federal Reserve officials and most economists believe the problems in the subprime mortgage market will remain relatively contained, but there is compelling evidence that the failure of subprime loans may be the start of a painful unwinding of a housing bubble that was fueled by easy money and loose lending practices."

The "wealth effect" has been a the tail wind boosting consumption growth and GDP. If house prices do fall 10 percent this year, it will feel like a Kansas gale in our faces. How far will it push us back?
Posted by Dr. Malcolm C. Harris, Sr. at 6:01 AM 2 comments: Links to this post

The Financial Times had some dramatic news for the aircraft industry over the weekend.

China announced it will set up a state-owned company to build large commercial jet aircraft. The state council, roughly the cabinet, had made what it called an “important strategic decision” to begin research and development to enter the market dominated by Boeing and Airbus.

China is one of the biggest markets with an estimated demand for almost $350 billion in planes over the next two decades. Serving a big domestic market is a key success factor in industries with large scale production.

China's entry into this market over the next fifteen years could have significant impact on Boeing and its suppliers like Spirit Aerospace.
Posted by Dr. Malcolm C. Harris, Sr. at 9:40 AM No comments: Links to this post

Boeing is on Schedule with the 787 And Will Increase Production

Ann Keeton in the Wall Street Journal reports "Boeing Co.'s new 787 aircraft is 'targeting' a first flight in late August, followed by the first delivery, as previously scheduled, in May 2008...

"During the first update this year, Mike Bair, head of the 787 program, said Boeing likely will increase production of the aircraft to meet strong customer demand, which now stands at close to 500 aircraft."

Spirit Areospace makes the composite fuselages.
Posted by Dr. Malcolm C. Harris, Sr. at 11:22 AM No comments: Links to this post

Email ThisBlogThis!Share to TwitterShare to FacebookShare to Pinterest
Labels: Wichita

Judging a Manager By His Subordinates' Success 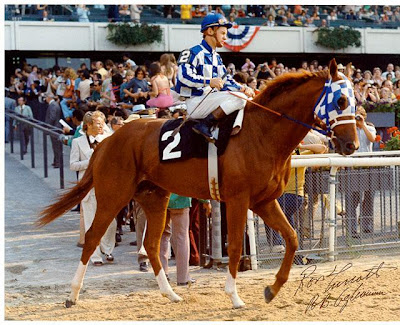 By their fruits ye shall know them

Breeders judge a horse by the races, particularly the stakes, won by the stud's or mare's offspring. Secretariat was the greatest horse that ever circled the oval, but his offspring have had nothing like their father's success.

Darren Everson in this weekend's Wall Street Journal looks at the big name college basketball coaches and asks whose assistants became successful head coaches. He develops a scorecard similar to that kept by horse breeders. He looks at the suces rates of assistants of big name coaches. Why do some coaches like Rick Pitino produce subordinates who go on to be great head coachs, while others do not? This is an issue not only for baketball fans, but for students of management everywhere.

Whom do companies reward?

Corporations invest heavily in training and succession planning. How often do they identify, encourage, and reward managers who are successful mentors? The managers who produce great managers are a powerful and underappreciated asset.

One last note in Secretariat's defense: he may not have been horse racing's greatest sire, but he is arguably the greatest broodmare sire God ever created!
Posted by Dr. Malcolm C. Harris, Sr. at 11:31 AM 1 comment: Links to this post

Email ThisBlogThis!Share to TwitterShare to FacebookShare to Pinterest
Labels: Managment

The Newspaper Association of America, in data reported in the Wall Street Journal, reports that advertisers spent $46.6 billion (down 1.7 percent) on their print ads and $2.7 billion on their internet ads. The newspapers' internet advertising was up 31.5 percent. Although that was in line with the 34 percent increase in all internet advertising spending, it was not enough to offset their losses on the print side. The internet side of the business provides only 5.4 percent of the industry's advertising revenue.


The Journal got its overall internet ad spending data from the Interactive Advertising Bureau.
Posted by Dr. Malcolm C. Harris, Sr. at 11:55 AM No comments: Links to this post

Ad Age tells us that she has been dipping into Conte Nast for key executives to lead the changes at the Reader's Digest Association. Having people you know, have confidence in, and can trust can be crucial to an outsider's success in an organization in need of change.

Delinquencies on Home Morgages are Up to 4.95 Percent and Those on Subprime Mortgages Are Soaring

Trouble in the mortgage market

This is based on data from the Mortgage Bankers Association's National Delinquency Survey. "[D]elinquencies on one-to-four family homes jumped 28-basis points in the fourth quarter to 4.95%." These data are reported quarterly.

The role of fraud and brokers

Mortgage brokers had a money machine when interest rates were low, house prices rising, and mortgage refinancing was a boom business. When that boom faded, apparently some less scrupulous brokers wrote mortgages that have turned sour. How much of the problems in the subprime market result from fraud and how much from changing economics is not clear. Imprudent lending and borrowing are certainly a big part of the problem.

What is the effect on the economy and mail volumes?

The last time that we had wide spread mortgage credit delinquencies and foreclosures was in the run up to the 1990-91 recession. At that time a much larger proportion of mortgages were on bank balance sheets. As banks wrote off assets reducing their capital, they cut back on business loans contributing to that recession. The conventional wisdom is that securitiztion reduces the economy's vulnerability to a wave of mortgage defaults. I am less sanguine. 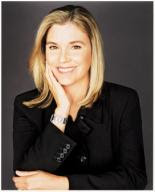 Mary Berner takes over as CEO. She has a big job ahead of her. Since the Cold War ended, the flagship magazine, an American cultural icon, drifted away from its original editorial embodiment of solid American values in a desperate search for new demographics. Circulation fell. The magazine, which was the vine that gave substance to the direct marketing branches, withered.

Mary Berner is highly qualified for the job. She left Conte Nash in January, 2006. Apparently she lost out in the bureaucratic politics, and did not want to play second fiddle. She brought an appealing management style to Fairfax publications and achieved great success.

Stockholders, who had gotten little to cheer (see the stock price chart courtesey of Stocktrak.com) about during the long years of public ownership, gladly voted for the acquisition offer in February.
Posted by Dr. Malcolm C. Harris, Sr. at 2:31 PM No comments: Links to this post

Wichita's Charles G. Koch (pronounced to rhyme with "Coke" ) has just published his manual in real investing, the Science of Success. You can read Mark Skousen's review in the Wall Street Journal and Cecil Johnson gives us his insights in the Eagle.)

Koch is the architypical active investor who grew a family business into the largest privately owned business in America. He has strong ideas on management (embodied in his Market-Based Management philosophy.) In contrast to the conflicts too evident in many publicly traded companies, Koch explains that "[a]t Koch, we use incentives to attempt to align the interests of each employee with the interests of both the company and society. This means we strive to pay employees a portion of the value they create for the company. We believe this approach tends to attract and retain the right people, and motivates them to be principled entrepreneurs."

For a fuller exposition of his ideas, read his interview with the Eagle last Sunday or just read the book.
Posted by Dr. Malcolm C. Harris, Sr. at 8:21 AM No comments: Links to this post