The Kansas Department of Labor gave us new evidence that Wichita is continuing on its slow road to economic recovery.  Dan Voohris reported in the Eagle, "The unemployment rate in the Wichita area fell in February to 8.4 percent from 8.7 percent in January, according to the Kansas Department of Labor.
It was also below the rate of 8.9 percent in February 2010."   It is prudent to compare the new data for February with February a year ago since the data have a strong seasonal swing.

Voohris quoted Friends University finance professor and Mammon Among Friends blogger, Malcolm Harris, as saying, "'We're seeing a trend, and that trend is in the right direction'...But, he cautioned, 'we've got a long way to go.'"

This theme was taken up by the Associated Press.  Referring to Wichita, the wire service reported: "The falling unemployment rate in Wichita shows an improving jobs trend in this aviation manufacturing hub that was hard hit by the economic downturn."

Dan Voorhis found evidence that the demand for temporary workers has been strenghthening which is often a harbinger of increased demand for permanent workers.  From the Arnold Group's Phillip Hayes, Voohris learned that in February hours worked by temporary workers were up 85 compared with a year ago. "Demand started to increase in April and continues to do so." He learned from Hayes that "The conversion of those temporary workers to full time, though, is just beginning."  Naturally enough, "Employers are reluctant to convert temps to regular employees in case demand drops."
Particularly encouraging is that Hayes "is seeing the strongest demand for manufacturing workers."  Is that a further sign that the aircraft industry is reviving or might this be a sign that other sectors are taking the lead?  The data are not telling. Boeing and Airbus have both increased their production rates for their single aisle mainstays.  Nationally aerospace employment has gone up more often then not these last eight months. While that may be a straw in the wind and the wind seems to be blowing in the right direction, but it is a pretty wimpy breeze by Kansas standards.
Posted by Dr. Malcolm C. Harris, Sr. at 7:08 AM No comments: Links to this post

The U.S., still the monetary linchpin of the global economy, is fighting its unemployment with monetary and fiscal stimulus rather than addressing the dislocations created by the housing bubble.   This repeat of its policy mistakes in the wake of the high tech bubble is destabilizing the world economy.  The emerging world has led global economic growth over the past decade with China, Brazil, and India the main powerhouses.   Super loose monetary policy in Europe, Britain, and especially the U.S. has flooded them with foreign exchange reserves which have threatened to over inflate their economies. 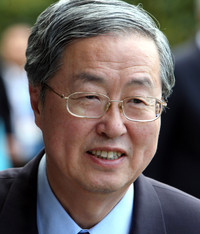 The People's Bank of China's Governor, Zhou Xiaochuan (on the left in Bloomberg photographer Tomohiro Ohsumi's picture) sees fighting asset bubbles as well as inflation in his job description.   The central bank has raised its reserve requirements for the third time this year, according to the Aaron Back and Tom Orlik in the Wall Street Journal: "China's central bank said Friday it will raise the share of deposits banks must hold in reserve by half a percentage point, the third increase this year, as inflationary pressures remain in the spotlight."  At the time of the Bank's November reserve requirement increase, Bloomberg News reported, "China ordered banks to set aside larger reserves for the second time in two weeks, draining cash from the financial system to limit inflation and asset-bubble risks in the world’s fastest-growing major economy."  This enforced increase in banks' liquidity restricts their ability to expand loans.


Below Keith McCullough, chief executive officer of Hedgeye Risk Management and a Bloomberg Television contributing editor, to Bernanke's defense of quantitative easing (see above.) What does this mean for for U.S.-China relations? McCullough speaks with Betty Liu on Bloomberg Television's "In the Loop." 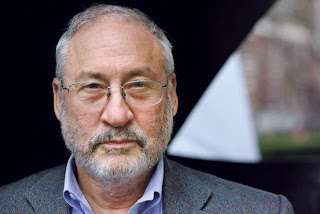 "We economists hadn't focused on financial interactions and how that can lead to financial instability. Believe it or not, most models used by central banks only looked at savings, ignoring credit institutions and securities markets. That reflected a mainstream view that institutions don't matter. This was cognitive dissonance of a high order."

Joseph Stiglitz in Barron's.
Posted by Dr. Malcolm C. Harris, Sr. at 4:02 PM No comments: Links to this post

Email ThisBlogThis!Share to TwitterShare to FacebookShare to Pinterest
Labels: economics

Feb. 14 (Bloomberg) -- Boeing Co. unveiled its new 747-8 passenger jet to customers, employees and investors yesterday in Everett, Washington. Boeing has targeted the end of March for the first flight of the aircraft, which it calls the Intercontinental. Bloomberg's Maryam Nemazee reports in this video:

Email ThisBlogThis!Share to TwitterShare to FacebookShare to Pinterest
Labels: Aerospace

Media Monguls and Respectability Do Not Go Together.

Media companies represent a large chunk of the global economy and a big piece of the world's stock market capitalization.  Unless you consider Apple a media company, the only one to make the list of the top 100 most respected companies by professional investors was Walt Disney, which went from #20 to #12.

Read the story in Barron's:

Barron's presents its annual ranking of the most respected companies in the video below. Apple comes in first for the second year in a row. Johnson & Johnson fell from last year's ranking.

What explains this lack of respect in one of the business world's largest sectors?

The Curse of the Media Mogul

The media hold a peculiar place in the business world, for they are the natural habitat of that most peculiar species, the media mogul.  We do not speak of car moguls or utility moguls, yet the media sector is dominated by huge international companies run by over sized personalities.  A media mogul even provides a James Bond flick with its villain.  In "Tomorrow Never Dies," Elliot Carver is a caricature of News Corporation's Rupert Murdoch.

Three Columbia Business School professors, Jonathan Knee, Bruce Greenwald and Ava Seave, also see media moguls as villains but in their case they see the shareholders as the victims.  Jeremy Philips summarizes their argument in his Wall Street Journal review of The Curse of the Mogul (New York: Portfolio, 2009)  "that media conglomerates as a whole have underperformed since the advent of the Internet. The Web has eroded the barriers protecting traditional businesses without improving the competitive position of even one incumbent. For a new competitor, of course, lower barriers mean opportunity, but they will mean opportunity for still newer competitors, too, making it difficult to establish a sustainable advantage. Citing Warren Buffett, the authors say that companies should be 'continuously digging the moat around their business.' But media companies have often done just the opposite, 'inadvertently construct[ing] bridges for competitors when they think they are strengthening the moat.'"

Do you agree with the Columbia dons that media moguls are obsessed with growth and overlook true competitive advantage?

And Then There Is Italy

Italy is the only country to entrust its government to a media mogul (Silvio Belursconi) and now finds the office of the presidency embroiled in a sex scandal. For movie stars, scandal sells. That same principle may not hold for Italian politics.

The Financial Times reports: "On Tuesday a Milan examining judge accepted a request from prosecutors, who said they had sufficient evidence concerning a “significant” number of prostitutes, to proceed to an immediate trial of the 74-year-old prime minister without holding a preliminary hearing. The case will begin on April 6." 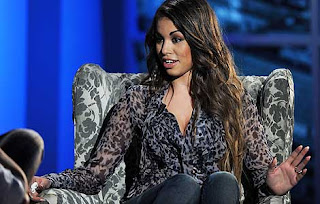 “Ruby,” a Moroccan nightclub dancer named Karima El Mahroug is "alleged to have joined erotic 'bunga bunga' parties last year..." She, then "aged 17, denies having had sex with the prime minister. Mr Berlusconi says he has never paid for sex and also denies pressing a Milan police chief to free the teenager from detention last May." His excuse is diplomatic: he wished to avoid an incident. He thought her to be "the niece of Hosni Mubarak." The people went to the streets of Mubarak's Egypt to oust him. The Italians have mostly headed to the espresso bars. Then again, they have the ballot box to deal with their media mogul.
Posted by Dr. Malcolm C. Harris, Sr. at 3:58 PM 2 comments: Links to this post

A Historic Day for the 10-year U.S. Treasury Note

In this video (4m 25sec), the FT's Michael Mackenzie takes to the floor during the final 20 minutes leading up to the sale of $24bn in 10-year treasury notes as the bond market passes a key test of investor sentiment with record demand for the new issue:
http://video.ft.com/v/786844760001/A-historic-day-for-the-10-year-treasury-note

Uncle Sam can still sell paper.   But for how long?
Posted by Dr. Malcolm C. Harris, Sr. at 12:01 PM No comments: Links to this post